A small group of believers, calling theselves Wood River Christian Fellowship, began holding meetings in the Hailey Grange Hall with Mr. Kurt Bell serving as full-time pastor. Later the name Calvary Bible Church was established and a building fund was created to purchase land for the construction of a new building.

Pastor Bell resigned and relocated to Texas to be near his aging parents.

Tim Baker was called to serve as our pastor. 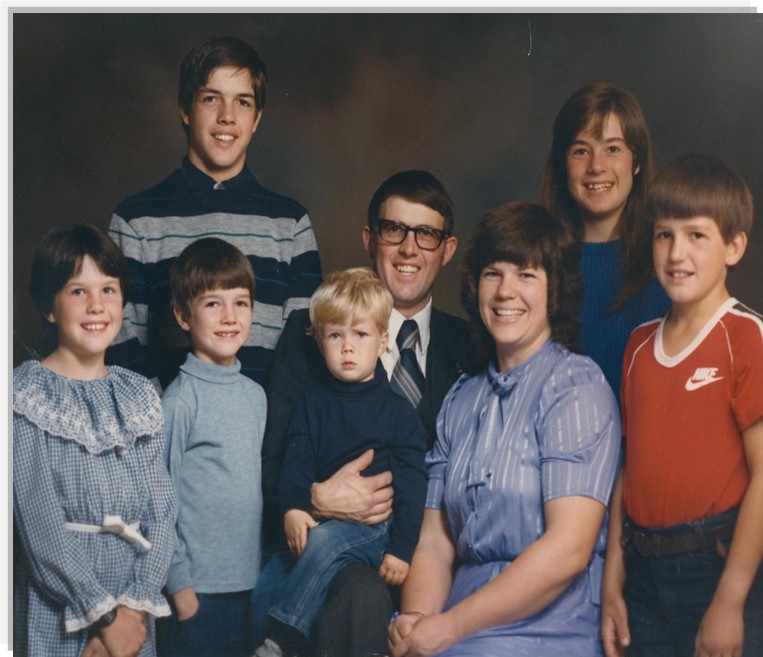 Experiencing both spiritual and financial blessing, the search for land and design of a building proceeded in earnest. The Lord led to what is now our current location, a five acre parcel of land just north of Hailey. The property was purchased debt-free and the all-volunteer construction of the facilities began in spring 1990.

Phase 1 of construction was completed and celebrated and on this day our new building was dedicated to the Lord. 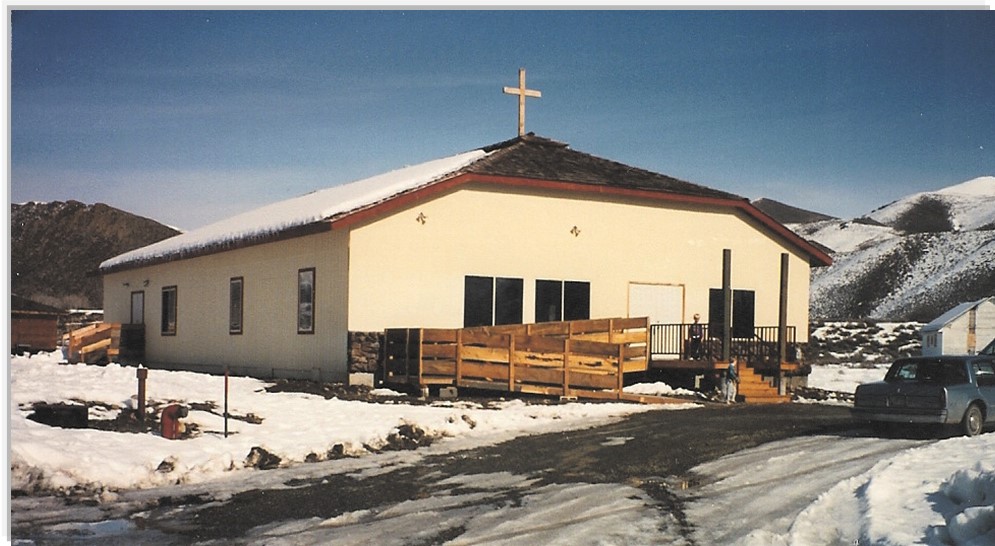 Pastor Baker resigned and shortly thereafter an educational wing was added to the church building. 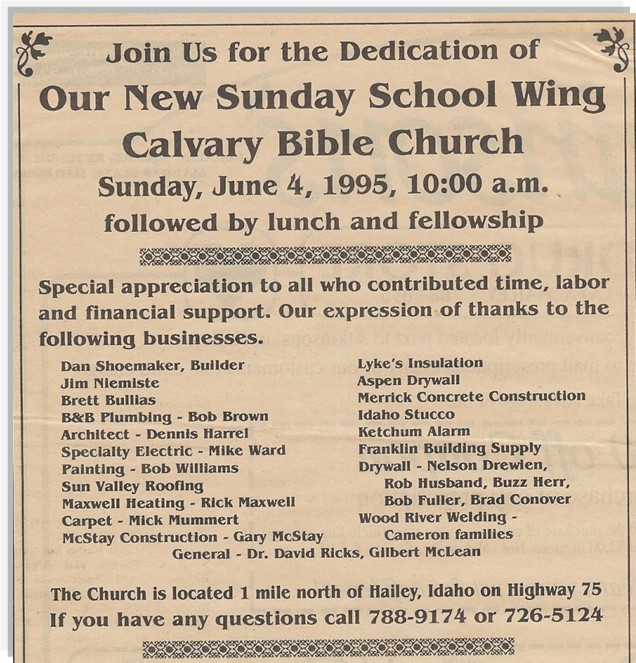 Pastor Noel Olsen of Northwest Independent Church Extension filled the pulpit and ministered through the summer of 1994. In the fall, Mr. Mick Hill was asked to serve as elder/teacher through 1995.

Bob Rodgers, a N.I.C.E. missionary pastor in Keyport, Washington, accepted the call to be our pastor. 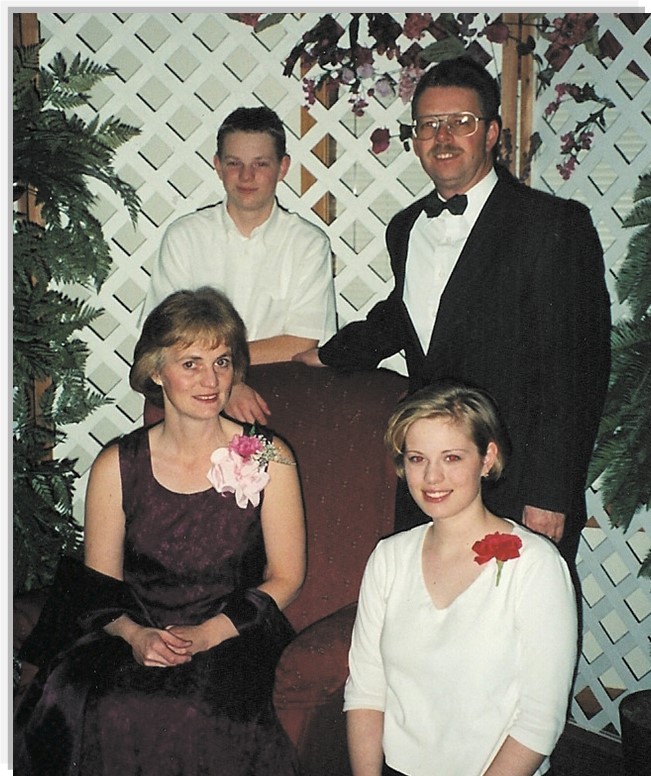 Phase 3: A new parsonage is built behind the church.

After six years of service, Bob Rodgers felt the Lord leading him towards a Field Director position with N.I.C.E.

Ron Brown and his family arrived in Hailey from Oklahoma, answering our unanimous call to serve as pastor. 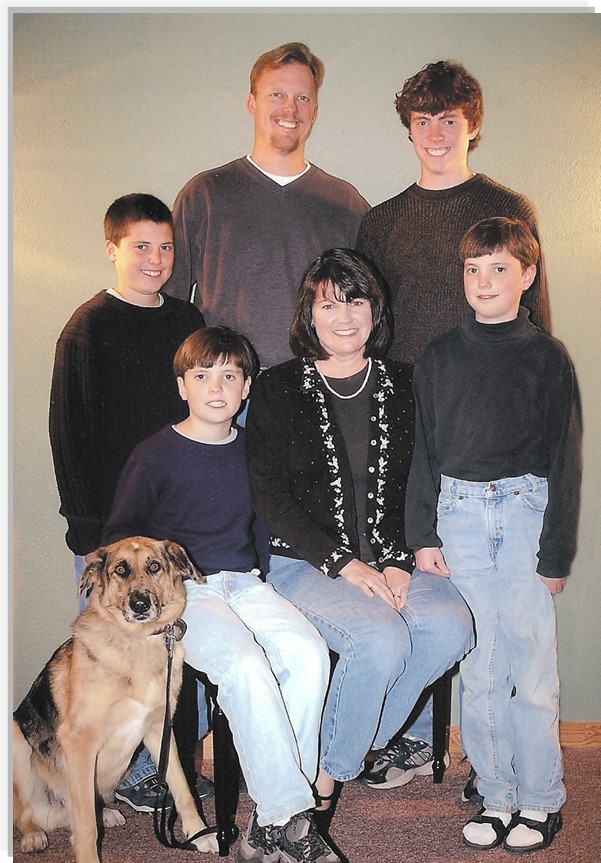 In August 2008 we broke ground on a significant expansion of our church building, which includes our current worship center. 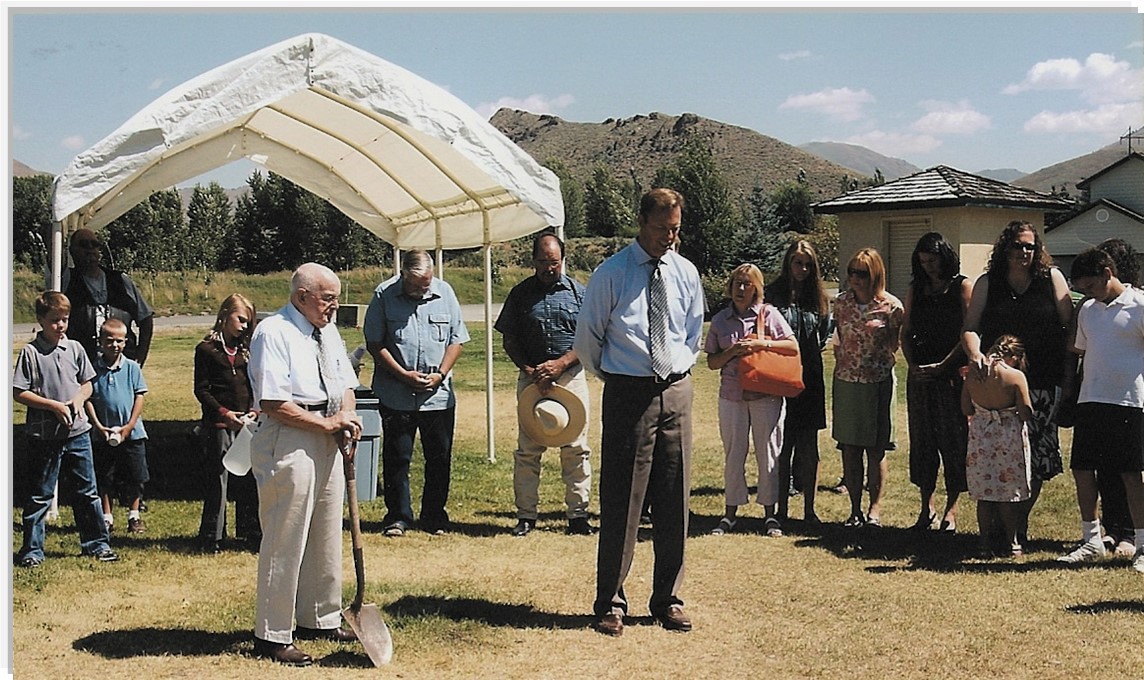 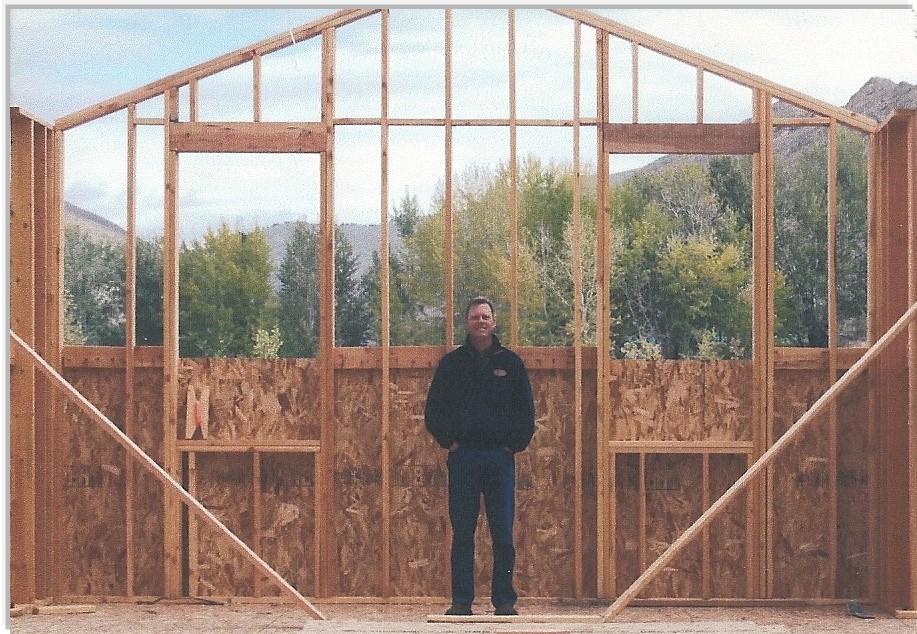 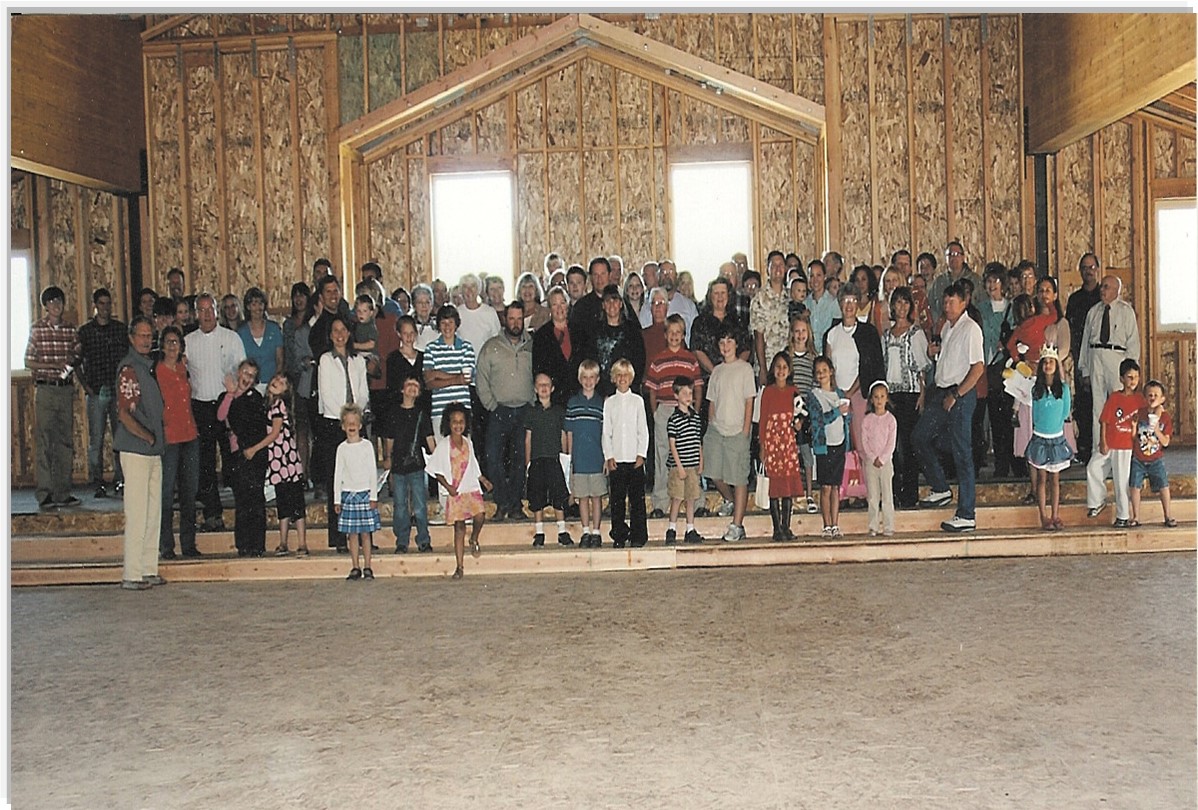 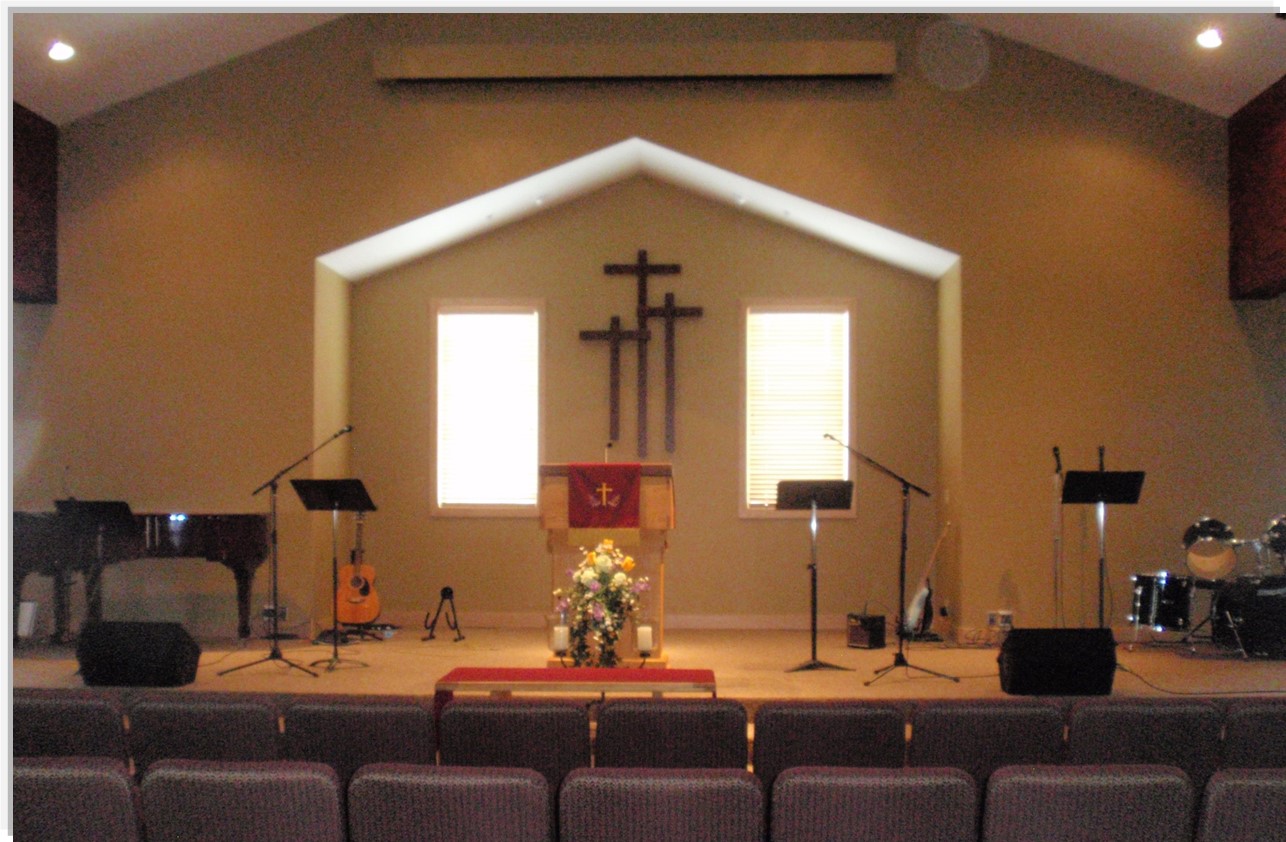 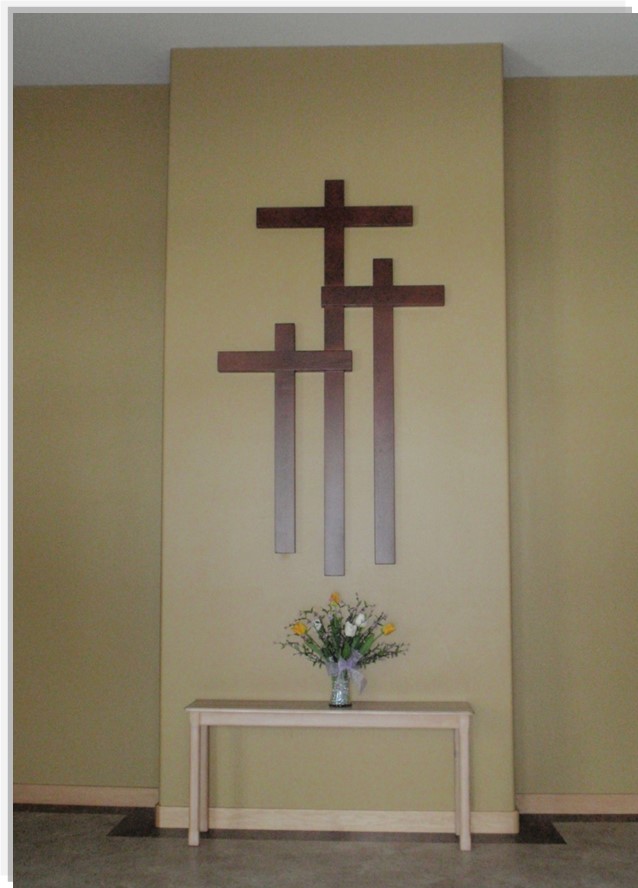 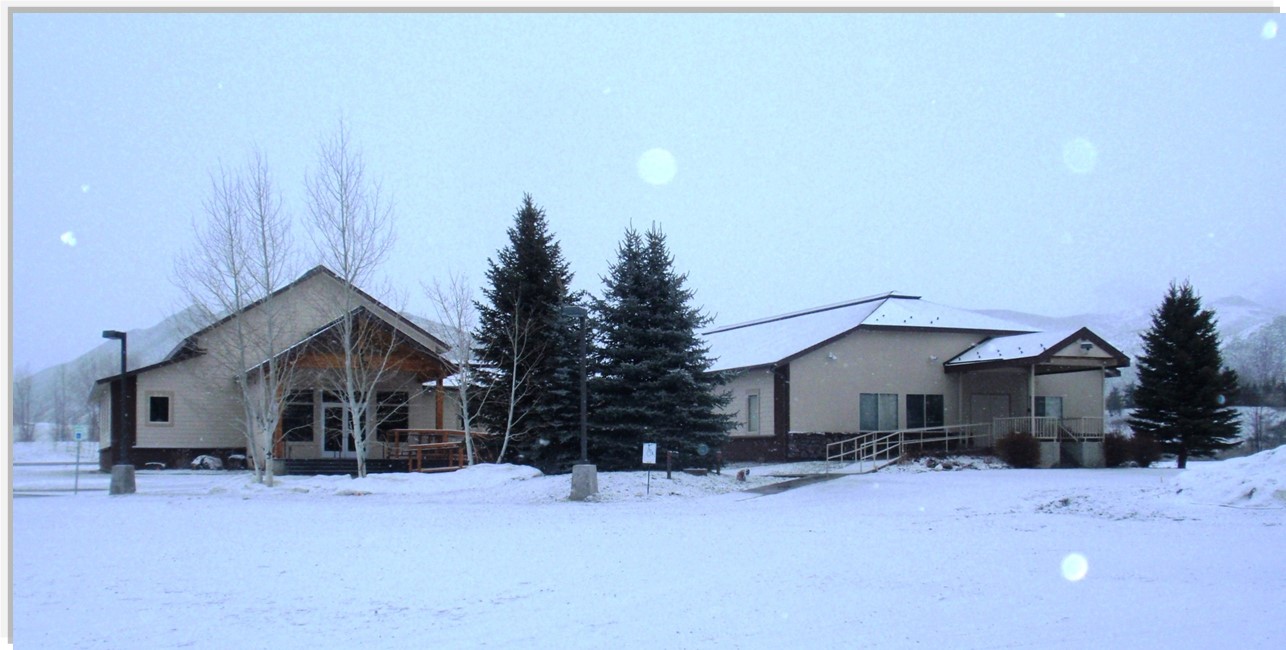